According to the American Livestock Breeders Conservancy, in 2005 there were only 15 verifiable American Guinea Hogs left in the world. Well, there are quite a few more now, and we have several at Bluefield Acres that could use good homes. Ruby started the trend on October 21st with a litter of seven, followed by Ophelia on November 3rd with three, and Little Bit on November 10th with six.

Here's a little video Scott and I put together to show how our little ones spend their first six weeks of life. We keep them in a small enclosure with mom so they have plenty of access to food and water and no chance of getting lost in the woods. Ruby's are old enough to be set free now, so they'll soon be running with the big boys and girls, and Little Bit's already know how to escape and roam at will. Check 'em out. They are super curious, very gentle, and fun to raise. If you need a breeder or a feeder, let us know. We have a gracious plenty. 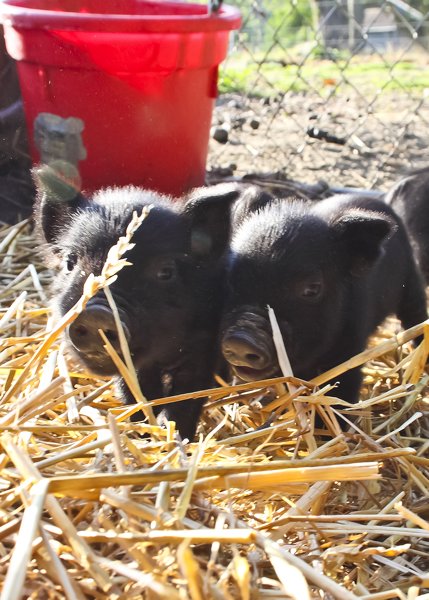 On Easter Sunday (April 8th), Ophelia had her first litter of pigs - seven big beautiful girls and a stout male to boot. Unfortunately booting became a serious issue over the next three days, as Ophelia either crushed or neglected her babies to the point that several died. We're not sure if she simply didn't know what to do with them as a new mother or whether she was overwhelmed by the sheer number of little ones in her care. Either way, by Wednesday the 11th, she settled into motherhood with her remaining three girls and has done a good job of caring for them ever since. 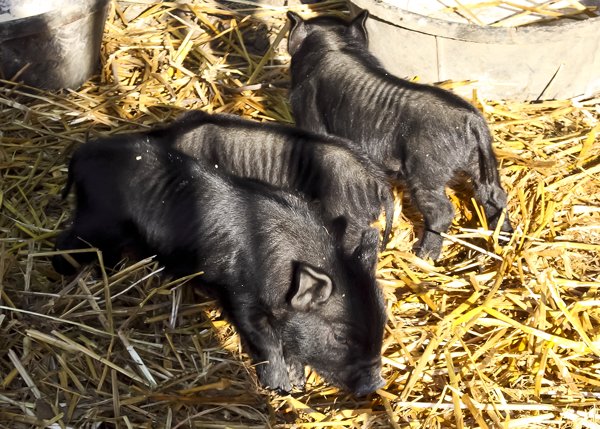 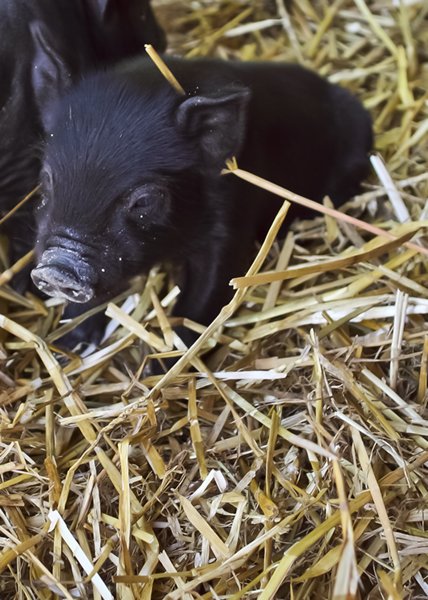 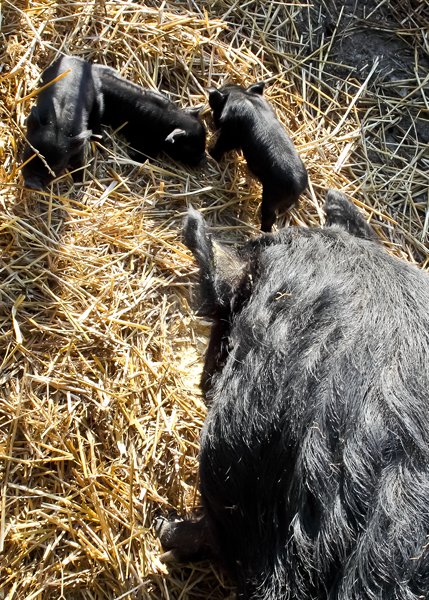 Maybe it was the competition that inspired her. 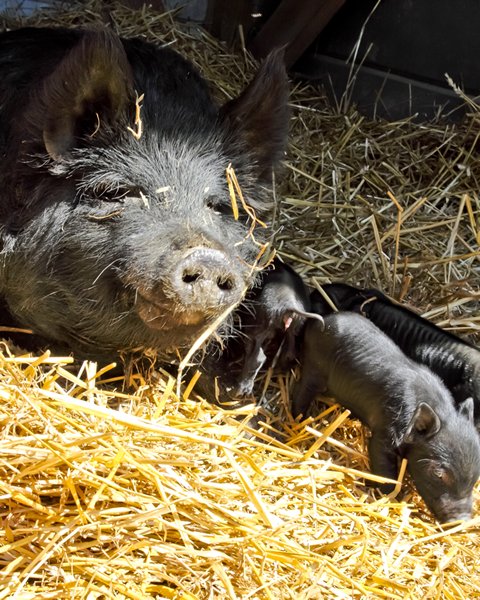 On Tuesday, April 10th, only a couple of days behind Ophelia, Little Bit had her first litter as well - three little boys and two small females, and she has doted on them since day one. Little Bit is a small pig, so she produced a small brood, but she's clearly got a huge heart. Every morning before she eats breakfast, Little Bit covers her babies in straw, and she is ever careful with them whether feeding, wallowing, nursing, or sleeping. A fine mother indeed! 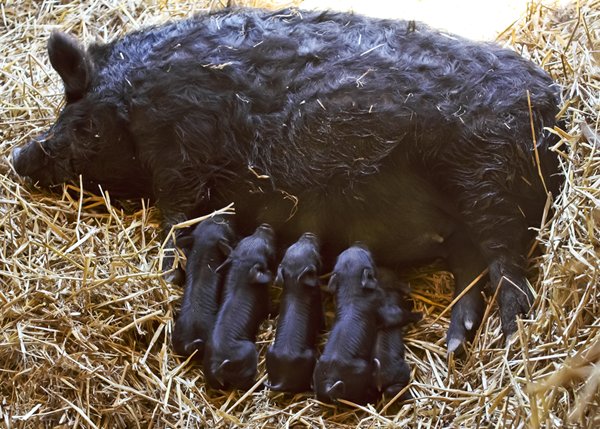 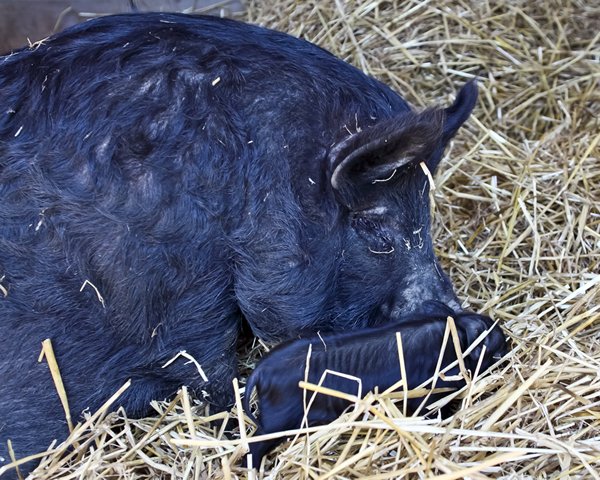 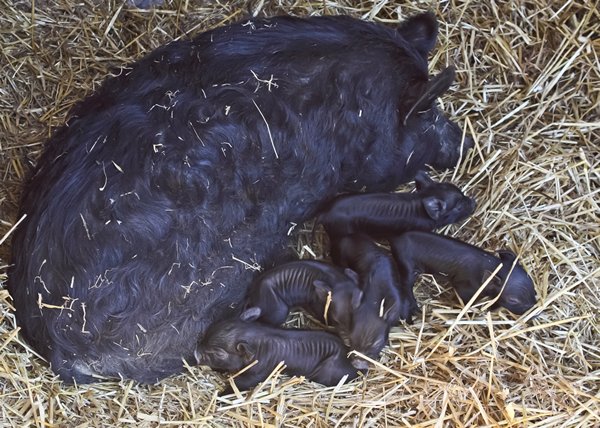 If you need a Guinea Hog, give us a shout. Three are spoken for, but there are still plenty to go around!