Scarlet had her second litter yesterday - 5 boys and 2 girls. Seven is apparently her lucky number. 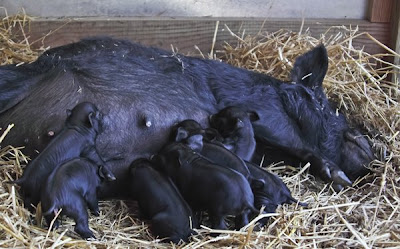 She once again looked like she was going to pop for 2 weeks before she went into labor, then had her babies without any fuss at all. I fed Scarlet and the 9 teenage guinea hogs that she shares space with at 7am yesterday morning and didn't notice her litter in the barn until around 1pm. My guess is that she had them in the night and I just missed the big event. 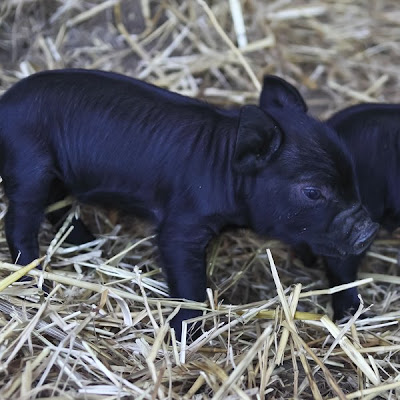 Scarlet and her shoats are now confined to a smaller area of the hog pen so that the babies can have access to mama anytime and to keep the teenagers from annoying the new family. We'll expand Scarlet's area a bit in about 2 weeks, but for now Scarlet seems content to lounge and is happy to see that we've increased her feed ration since she won't be able to forage freely. 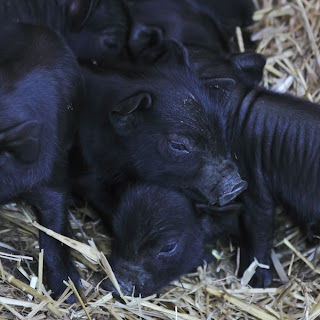 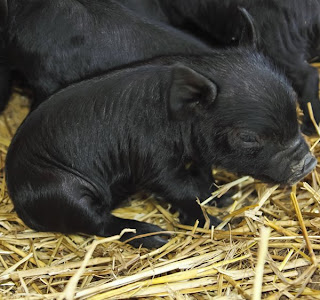