Hog Harvest: A Comedy of Errors

We harvested two America Guinea Hogs on Saturday. We planned to take four, but, given the comedy of errors that ensued, two was all we could handle. The following post is about processing hogs and is not for the squeamish, so proceed cautiously. Below I've listed our basic method and have included a slide show of Saturday's activities. 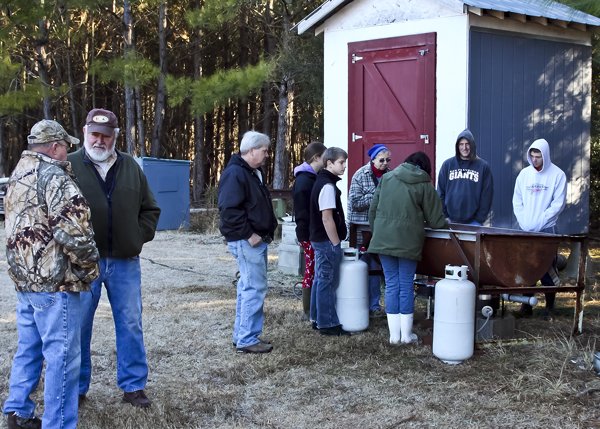 Our Method for Processing Hogs - Click for SLIDE SHOW

Do not feed hog for 24 hours
Shoot hog between the eyes with .22 LR
Cut and bleed the jugular
Scald hog in water at 150 degrees until hair pulls out easily
Scrape hair until skin is clean
Wash carcass
Gut hog
Remove head and feet
Butcher into desired pieces of meat and fat
Blend and grind sausage

We started the day a bit later than planned. At 7am, Scott went out to fill the scalding tank that had been set up the day before, but the hose still had water in it and was frozen stiff; we should have filled the tank the evening before. An hour later the tank was finally full, but one of the propane burners wasn't working properly, and it took forever to get the water to the necessary 150 degrees for scalding. Luckily a neighbor loaned us an extra burner, but it was still 10am before the first hog hit the water. 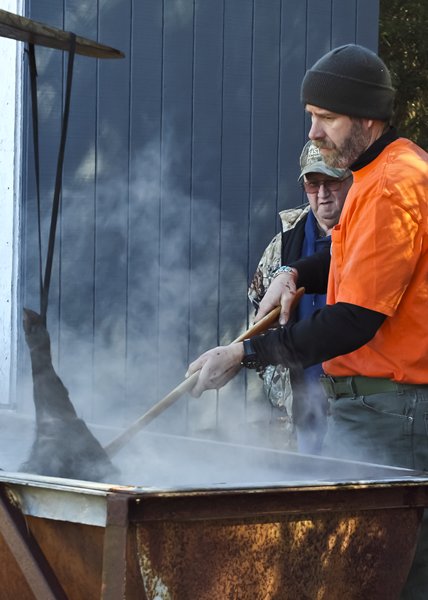 The comedy did not stop there, however. Both pigs made it from the killing field to the tank without incident, but getting them out of the tank and to the scraping station was another matter. We've always used a strap around the ankle to haul the hogs via tractor from station to station, and have never had any issue with this method. In the past, however, we've left the strap on during scalding. This time we removed the strap to more evenly scald the pig, and this was a mistake. Scalding is utilized to remove hair and the first layer of skin, and the reapplied strap would not stay on the foot as the skin and hair instantly sloughed off. The first pig fell back into the scalding pot several times, and the strap slipped off the second pig while in transit to the scraping station allowing the hog to unceremoniously the ground. Next time we'll use a hook through the mouth. 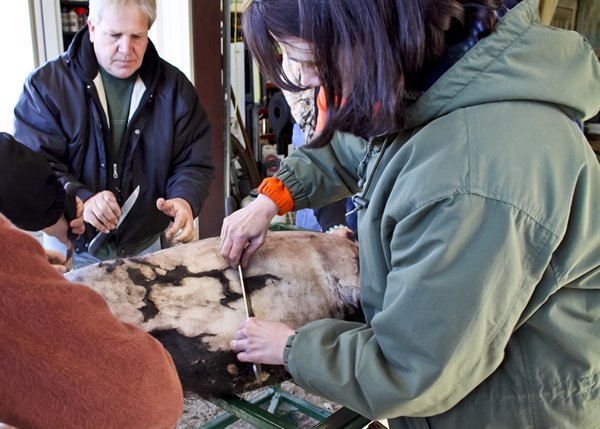 The scraping and butchering thankfully proceeded without incident, but I noticed that Scott appeared to be in pain while working on the first hog. Afterwards, he admitted that he had indeed thrown out his back but felt he could continue, and (at about that same time) we realized that our struggling propane burner was now dead. Our scald temperature was now far too low, and it would be another hour before we could process the second hog. 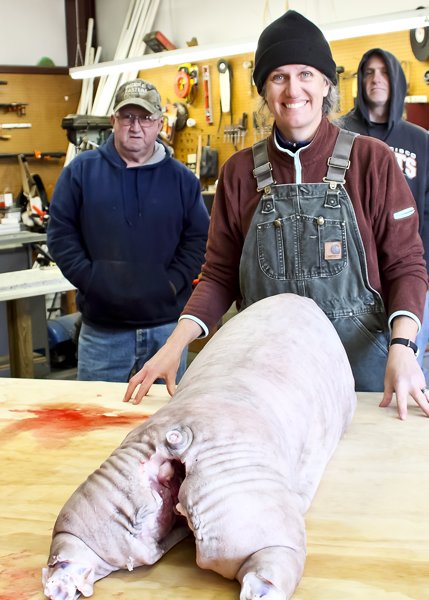 The second pig entered the water around 1pm and by 3pm we decided to call the harvest to a halt. We still had meat from two hogs to process/freeze and sausage to make, so two hogs got a stay of execution. It was a beautiful day however, and, thanks to friends and family, we have some wonderful Guinea Hog pork to eat. Thank you all. You are always welcome at our table. 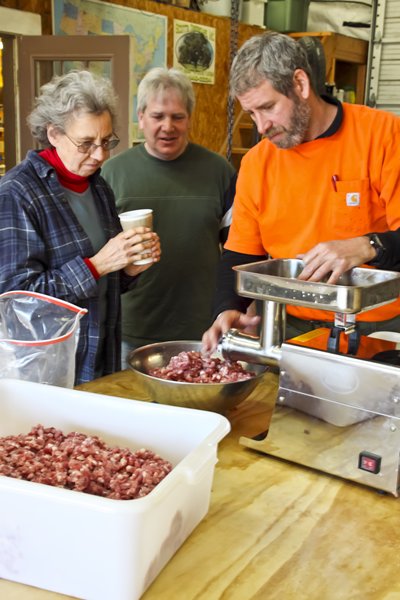 There was a capping moment to the day's comedy of errors. While sampling some fresh Guinea Hog sausage later that evening, Scott's two-day-old crown dislodged from his tooth. This is no commentary on the sausage, however, as it turns out that experimental glue used by the dentist was to blame for the failure. Certainly a day to remember!