Over Easter Scott mom decided that we needed to try making baskets out of tree bark. She has a traditional style bark basket from the North Carolina mountains, so using it as a template and a handout as a guide, we trudged into the forest to find the right trees for our project. 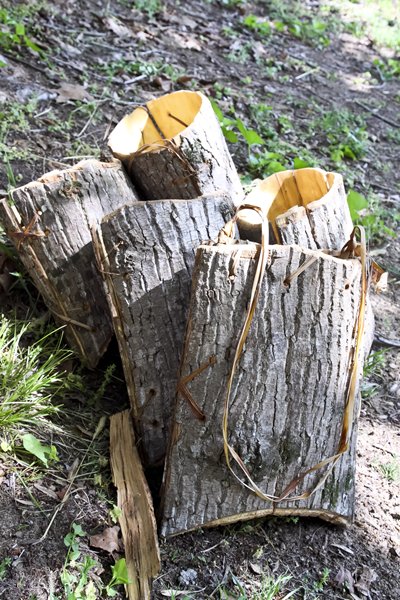 Scott's parents live just north of Raleigh, NC on a heavily wooded tract of land. The handout on making traditional NC mountain baskets stated that poplar tree bark should be used for the basket and hickory bark for the thread, and specified that the deed should be done in mid-July around the time of the full moon. Well, being in an area quite a bit warmer than the mountains, and given that we might not be at her house in July, Peggy decided that Easter week was the right time for making baskets in central NC and declared that full moon or not, we had a mission to fulfill.

Scott found a poplar and tested the bark to see if it would come off after being cut with a hatchet and pounded upon with a hammer. The pounding separates the outer bark from the inner tree but will only work at certain times of the year. Voila'! It worked like a charm, so he broke out the chain saw and dropped the tree on the ground.

Well you didn't really expect us to make the baskets in the forest did you? It's tick season. 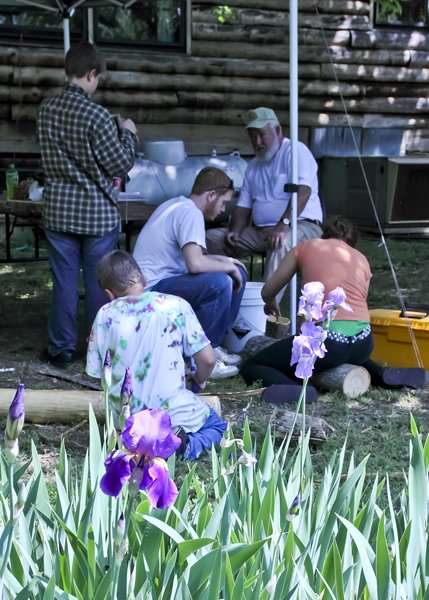 After cutting the poplar into manageable sections and finding a few small hickories for thread, we headed back to the shade of a tent beside the house and set the entire family to work. Check it out - these folks are all expert bark basket makers now! 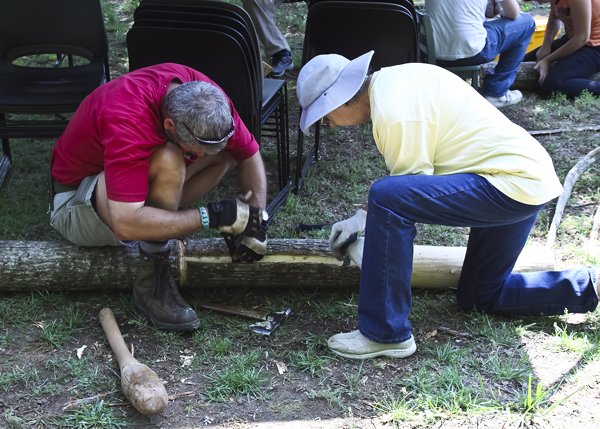 Scott found an old dogwood cudgel that he made as a teenager and put it to work separating the bark from the inner tree. It was the perfect tool. Once beaten to submission, the bark will pull away relatively easily in large sections. 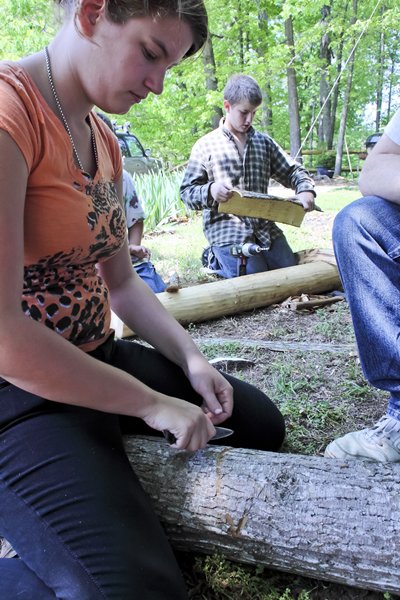 Next, you have to scribe a football shaped line in the outer bark near the center of the basket to make the bottom. This has to be done carefully to prevent cutting through the inner bark, and allows the basket to fold into shape. Here's Bonnie doing a fine job with one of Scott's custom knives. 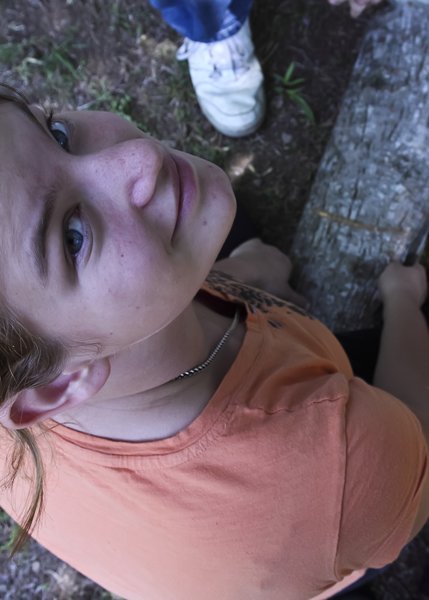 Apparently it is very important to have lots of supervisors when scribing! Good work Grandpa and Dylan. 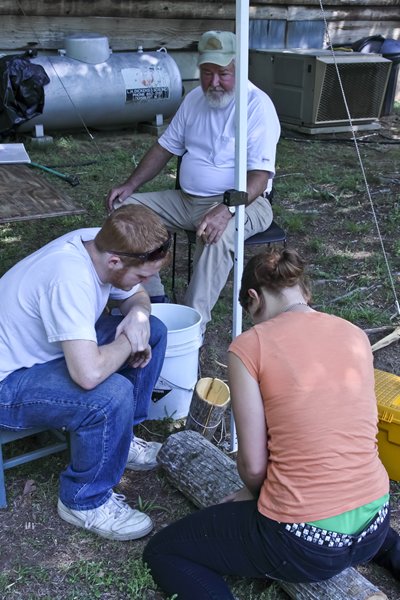 Next you have to make holes for the thread. Yes, we cheated again - power drills definitely make the job easier. Hard to tell in the picture, but Conner is pounding hickory bark to get the inner strands off for thread while Jacob drills holes in the basket. 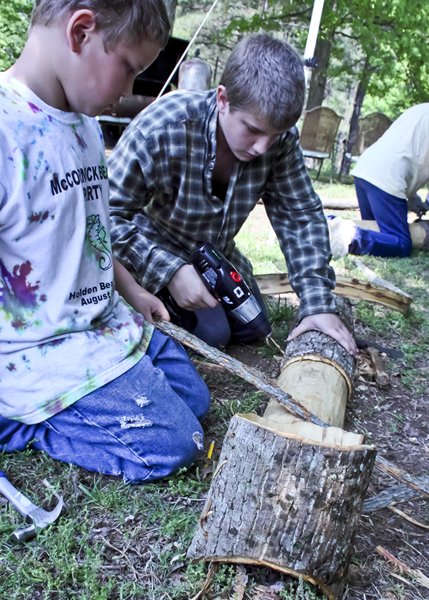 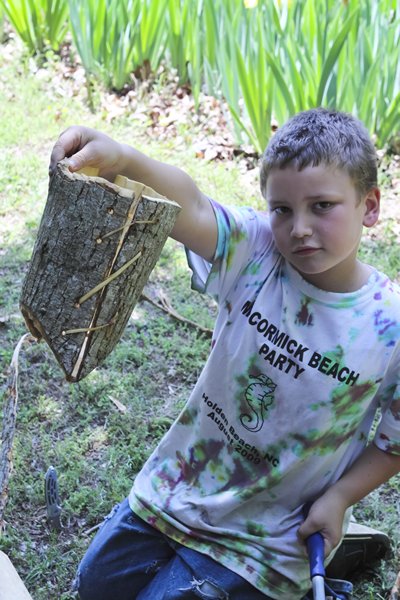 Hmmmm . . . since we're supposed to be in the mountains this July . . .
http://www.bluefieldacres.com/
bluefieldacres@gmail.com
Posted by Mrs. McGhee at 5:05 PM