Life has been busy of late, so this will be a quick farm update. Our squash continues to grow like mad, but the zucchini is finished for this year. Here's a look at some canned squash - a future yummy meal - and our last zucchini. We went with heirloom round zucchinis this year and were very pleased. They were excellent just about any way Scott cooked them! 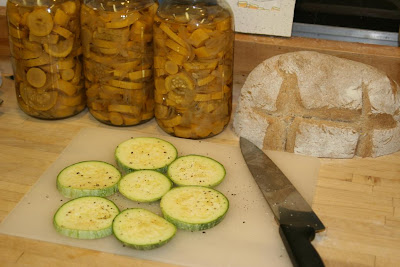 The tomatoes are trying to get ripe. We've eaten a couple of mortgage lifters and yellow pears, but the intense heat and a multitude hungry rabbits have taken their toll. We've eaten several ears of silver queen and should be canning corn like mad before the weekend. It's hard to beat a fresh ear of corn! 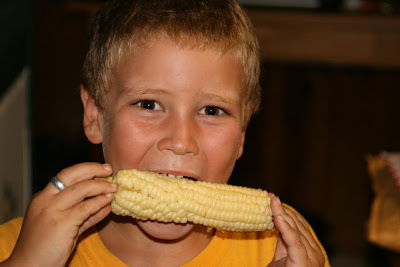 We've also had a few weird farm moments. The following is by far the largest egg we've seen yet, and we fear the chicken that laid it may never be the same. We were hoping for triplets, but alas the egg only produced a deformed set of twins. 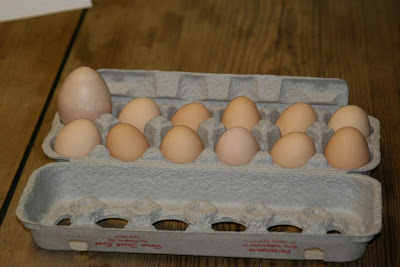 No comment on the carrot. I think the picture says it all! 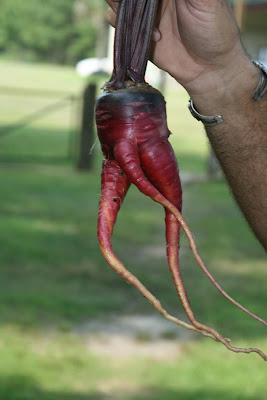 Our herons babies are growing up. This juvenile green backed heron was spotted drinking out of the pigs' water bowl. I saw a frog in the bowl later so it may well have been fishing. We weren't quick enough with the camera to catch him in the bowl, but were still impressed that this guy let us get so close. 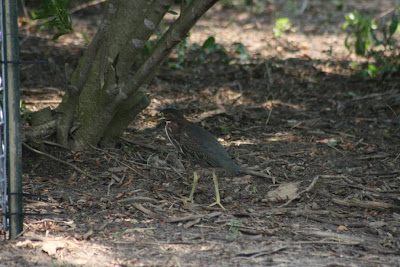